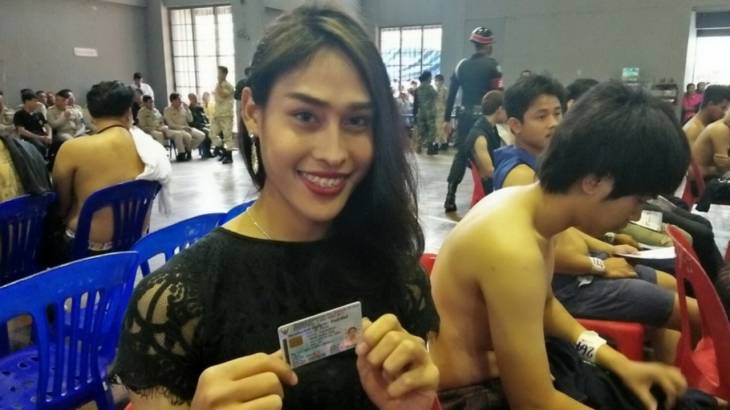 BANGKOK: -- It is an annual ritual familiar to most young Thai men - the tense election procedure for the Thai army.

But while the anxious men await whether they will be chosen or not it is always the lady boys who are stars of the show.

Yesterday at three selection centers in Phayao, Prae and Korat many "type two ladies" turned up that Thai Rath said "were as pretty as the prettiest women!". 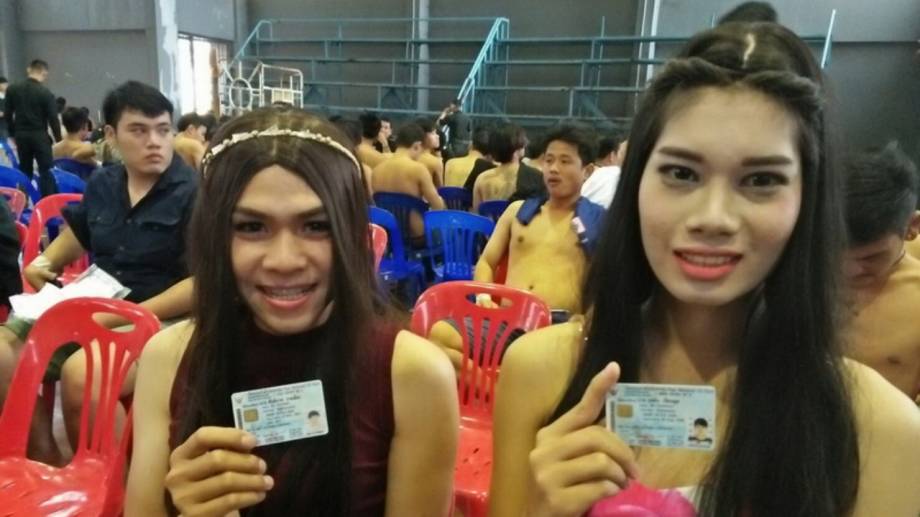 All had high hopes of avoiding selection to the military and none were required to join the bare chested ranks of the more manly potential recruits for the draft!

In Phayao on Sunday a seven day selection procedure was taking place in the gym of a school. Several hundred men will be chosen from nine districts. 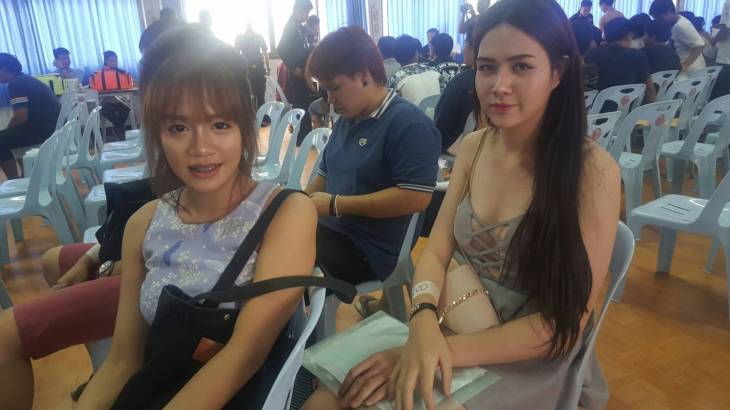 Mr Anchada Duayamphan  told reporters: "I'm nervous and excited. I am studying in the first year at uni in Ayuthaya. I am not a 100% woman yet - I have not had the op".

Mr Rusanan Reuanmoon - in pink next to her slightly less appealing friend - smiled and said in a northern lilt: "I don't want to be a soldier. I want to be a woman. I'm not 100% yet as I haven't had my extra bits removed". 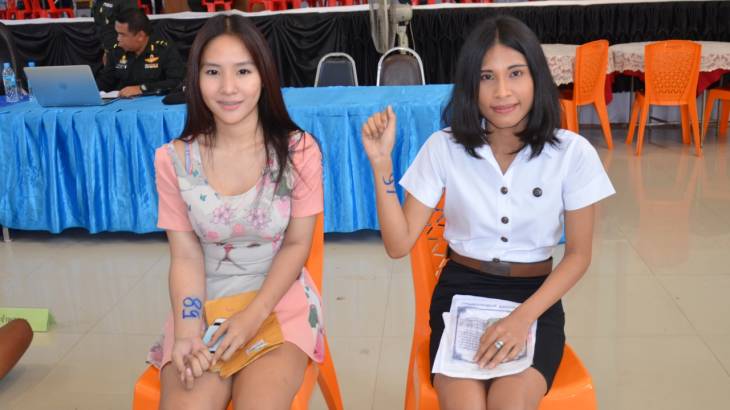 Meanwhile in Prae Thai Rath reported that eight lady boys escaped selection. Some 60 men were set to be chosen from 500 present.

Mr Wisanu Nuanjan from Wangthong sub-district said: "I work in Chiang Mai. I haven't switched over entirely yet. 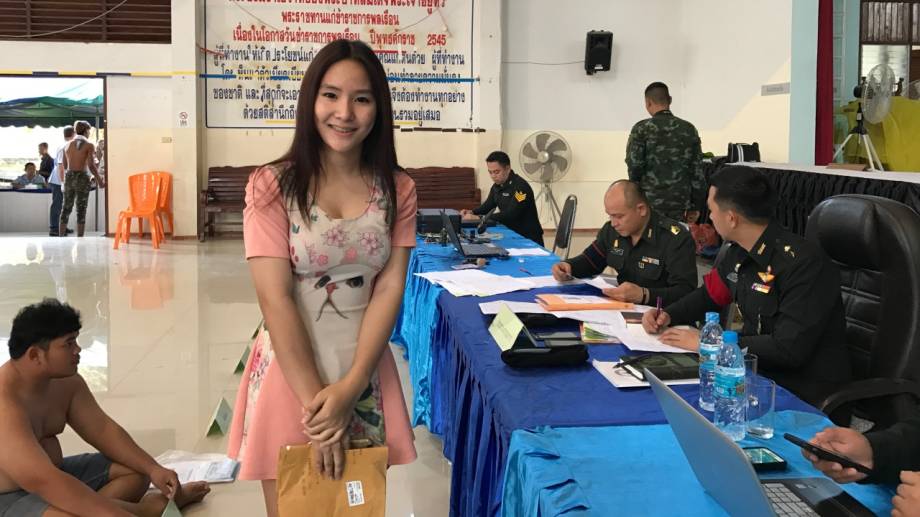 "I have been in many beauty contests and I always come in first. I was scared of being a soldier - it is great not to be chosen".

While in Dan Khun Thot two stunning lady boys called Nong Prae and Nong Khao lightened the tense atmosphere. They are the ones side by side in pink outfit and a Thai girl's university uniform. 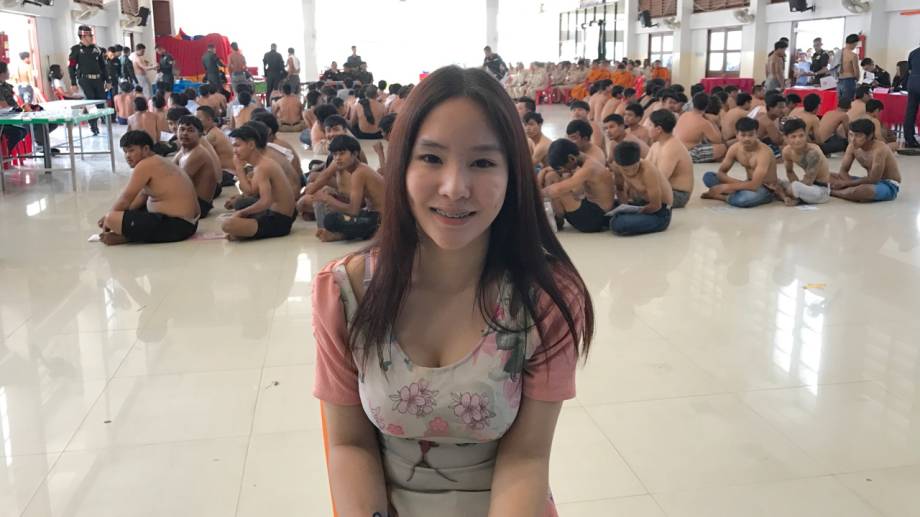 Neither will be serving the kingdom after recruiting officers discovered that "their sex is not the same as when they were born".

Hard truths you may expect while living as an expa...
์Navigation in Mekong River warned as water level ...